Comrade Jiva Pandu Gavit, a sitting M. L. A. of the Maharshtra Legislative Assembly, is contesting from Dindori Loksabha Constituency (reserved for S. T.) from Nashik district of Maharashtra as a CPI (M) candidate. JP Gavit, as he is popularly known, was inducted in the Party as a promising militant young comrade by the legendary CPI(M) leader Nana Malusare. Fulfilling the early promise as a mass leader, he was elected to the state assembly the first time in the post emergency elections in 1978. Since then he has returned to the Assembly for 6 more times, representing Surgana and Kalwan constituencies, making it an impressive seven times record. He has led several struggles of farmers and tribals over their livelihood issues, especially the implementation of the Forest Rights Act and succeeded in transferring Pattas of the forest land benefitting thousands of tribals.

Today Surgana is one of the rare Talukas where "the nobodies" have been empowered. Gavit’s strategy was two-pronged: morchas in Nagpur, Mumbai and Delhi plus street marches. Other than the rallies and protests, Gavit has mentored the Adarsh Samata Shikshan Prasarak Mandal that ensures outreach among Adivasi children, schools and hostels.

He was the one among the key people in two historic Nashik to Mumbai Kisan Long marches organised in March 2018 and February 2019.

He has been a senior member of the Maharashtra State Secretariat of the CPI(M) and was elected to the Central Committee at the 22nd Party Congress held at Hyderabad. 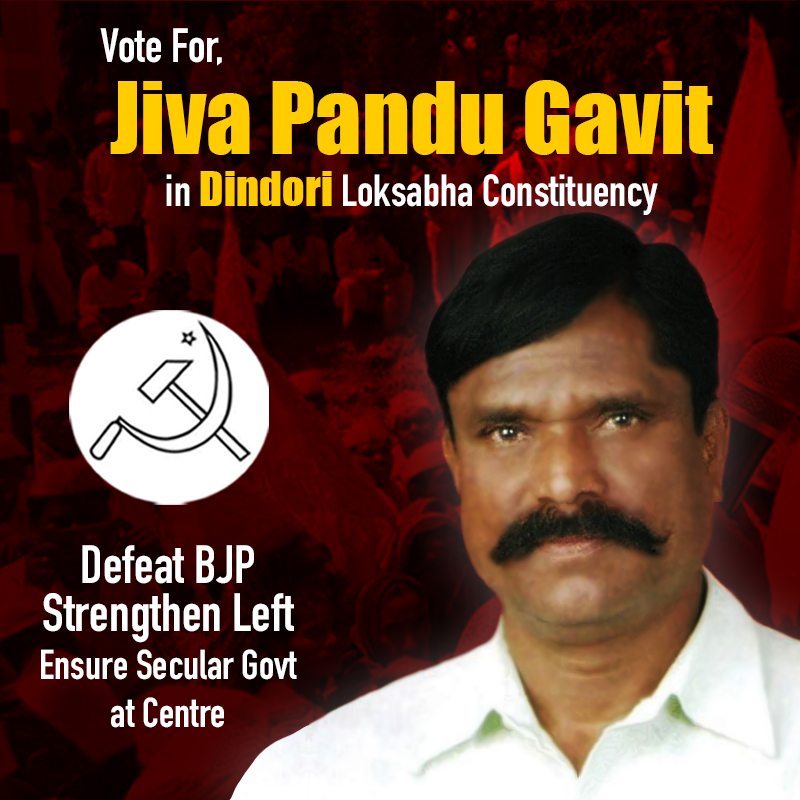