KP Satheesh Chandran is a member of the CPI(M) Kerala State Committee, and was the Kasaragod District Secretary of the Party for 10 years. He was elected to the Kerala Legislative Assembly from Thrikkarippur constituency in 1996 and 2001. He holds bachelors degrees in History and Economics. He is a former member of the Central Executive Committees of the Students’ Federation of India (SFI) and the Democratic Youth Federation of India (DYFI). He has worked as the editor of ‘Student’ magazine (the SFI’s magazine), and in the editorial board of ‘Yuvadhara’ (the magazine of the DYFI). 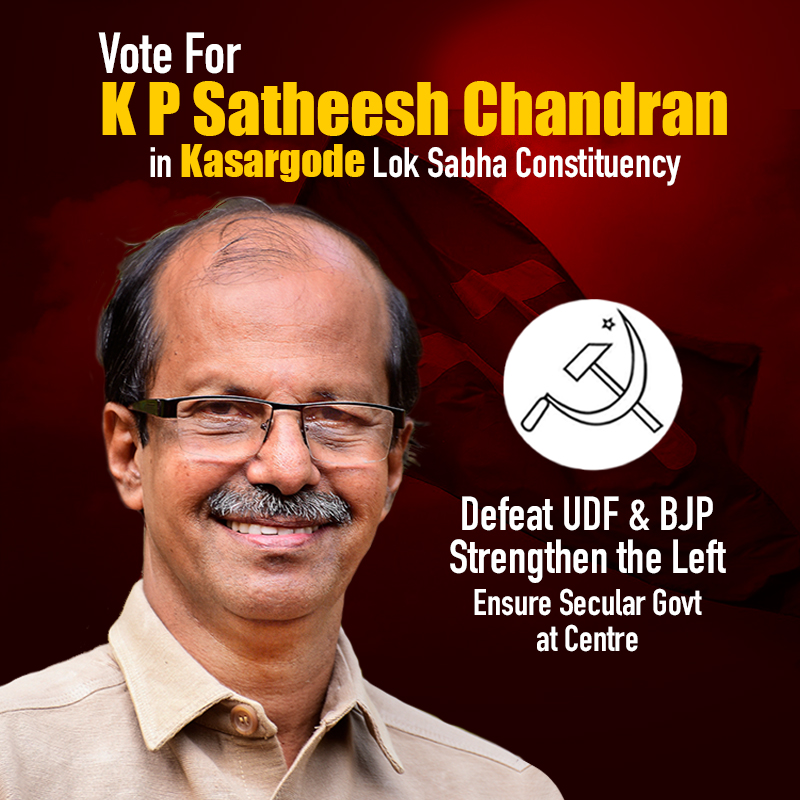