P.R.Natarajan (68) was a Member of Parliament from Coimbatore from 2009-2014. He was active in the student movement in his college days was the president of DYFI Coimbatore District Committee. He was the CPI(M) District Secretary for 10 years and has been a full-time party worker for the past 42 years

He played a pivotal role in the sanctioning a sum of Rs. 42 crores for the people who gave up their land for the construction of Bharathiyar University. An  ESI hospital with an initial allocation of Rs.800 crores was sanctioned during his tenure.  He also led the struggles of Sugarcane Research Centre and spinning mill workers for wage revision and permanent employment.

His continuous efforts saw the sanctioning of 8 flyovers, which brought down the traffic congestion in the city.

He played a key role in organising sanitation workers and hotel workers, and in getting them a pay rise.He was a member of Standing Committee on Information Technology, Industries  and Labour Welfare departments and Consultative committee on Petroleum and Natural Resources department. 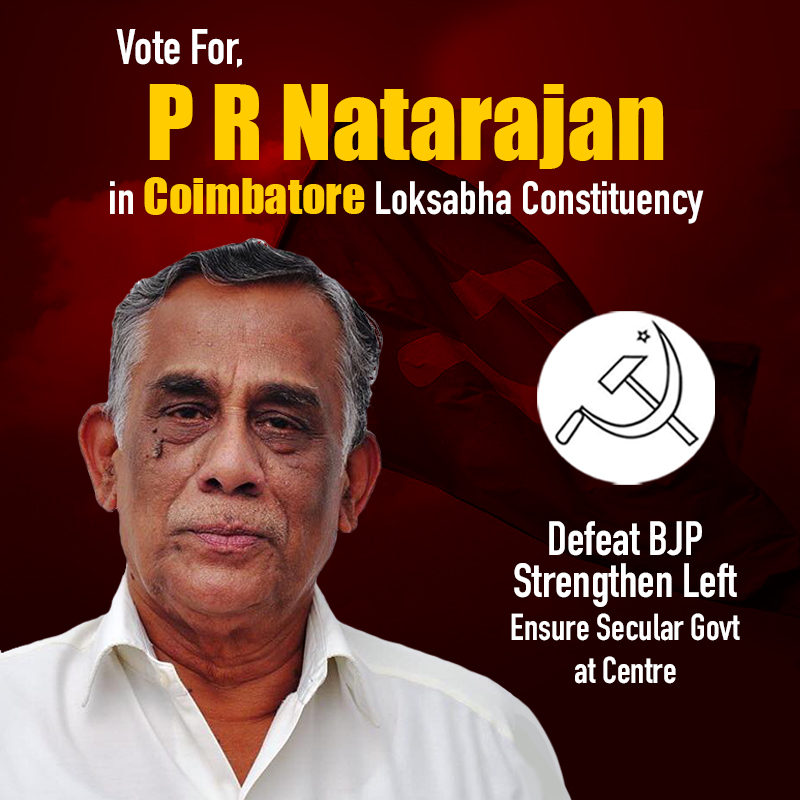