Su.Venkatesan (49) is a State Committee member of the CPI(M) and a Sahitya Academy winner for the year 2011. He is the President of the Tamil Nadu Progressive Writers' and Artists' Association. He has authored 16 books so far, Kaval Kottam being among the most well-known. He is also famous for his oratory.

Comrade Venkatesan has been a party full timer for 28 years. He entered the communist movement through the Democratic Youth Federation of India. He played an active part in the Uthapuram struggle to demolish the untouchability wall in Madurai district. He was the CPI(M) candidate for theTirupparankundram Lok Sabha constituency in 2006.

Su. Venkatesan has been in the forefront of the struggle to ensure the continuation of the  Keezhadi excavation work in Tamil Nadu, writing a number of articles and delivering speeches on the issue. He has contributed to research on the socio-cultural history and practices of the Tamil people. He has worked in various fronts to promote a radical understanding of the politics of art. 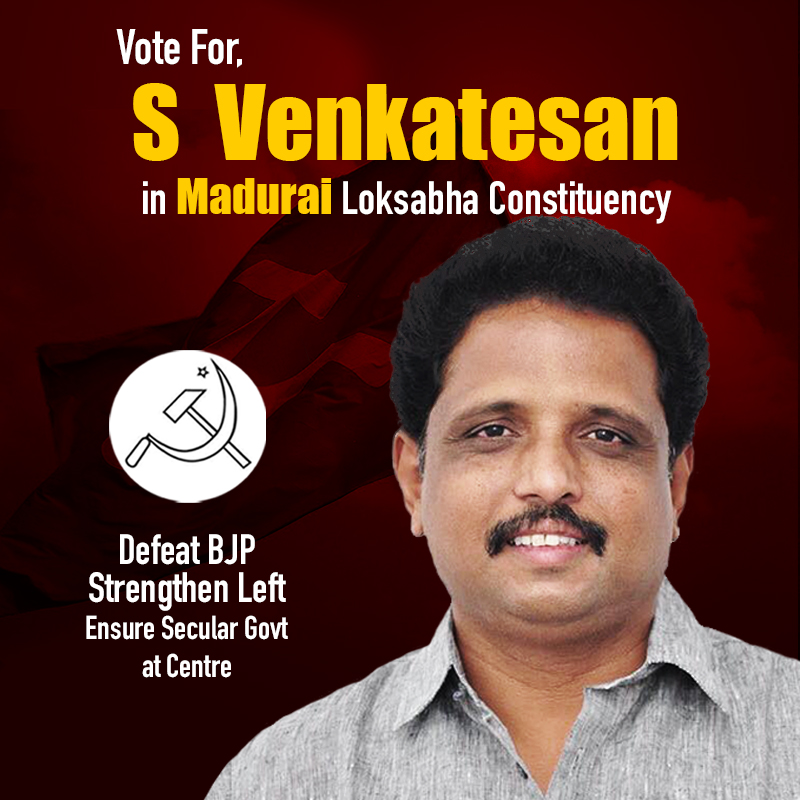